Kashayam or Qwath is the one among of Panchvidha Kalpana in the Kalpa Sthanam of classical texts. This is a light herbal preparation which is used in the first stage of the disease. In olden days, the preparation was done on every day after collecting the herbs from the surroundings.

Qwath or Decoctions in Ayurveda have prepared instantly years ago by collecting the herbs from local places and Vaidyas prescribes the names of Qwath or Kashayam or Decoction and our great grandfathers had clear knowledge about the same. After the process of mechanization started, the society was in the quest for easy solutions and had transformed instant fresh preservative-free qwath to concentrated qwaths in bottles. Kashayam- Qwath are now available in Tablet form and Arya Vaidya Nilayam Madurai has launched this presentation for the first time. It was followed by major drug houses to convert almost all the available qwaths to the tablets form. 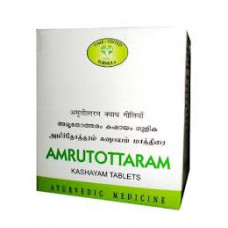